Jamtland is fairly far north, bordering Norway. Below is a snapshot of Google Maps to give you an idea where, as well as the closest Google Streetview to where the village of Halland is. In this picture, you see there is a small dirt road turning off to the right. This is the road to Halland.

Anders married his wife Kerstin in Jamtland before they both moved to the south. I am very curious what brought them to Göteborg. 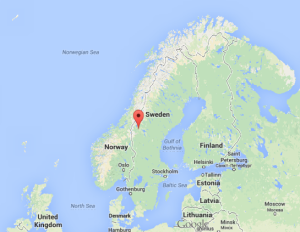 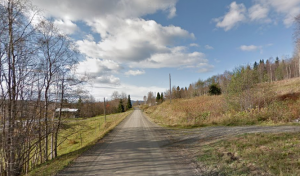