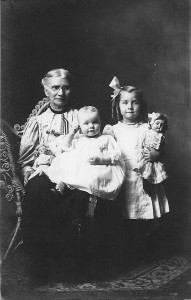 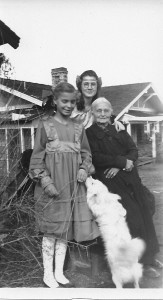 Pictured above, Anna Maria Stuber Miller with her granddaughters Clarice & Edna. I am working on verifying the dates and locations of the photos.

Stuber siblings of this generation, except for the youngest, Jacob, emigrated to America in 1853. (Note: that means Anna Maria was 15 when she emigrated!)

Charles Herr was killed in the Civil war. You can read a translation of a letter from Charles to Anna, download here.

You can also see a translation of a letter (or possibly a mix of two letters) Anna Maria received from back home, download here.