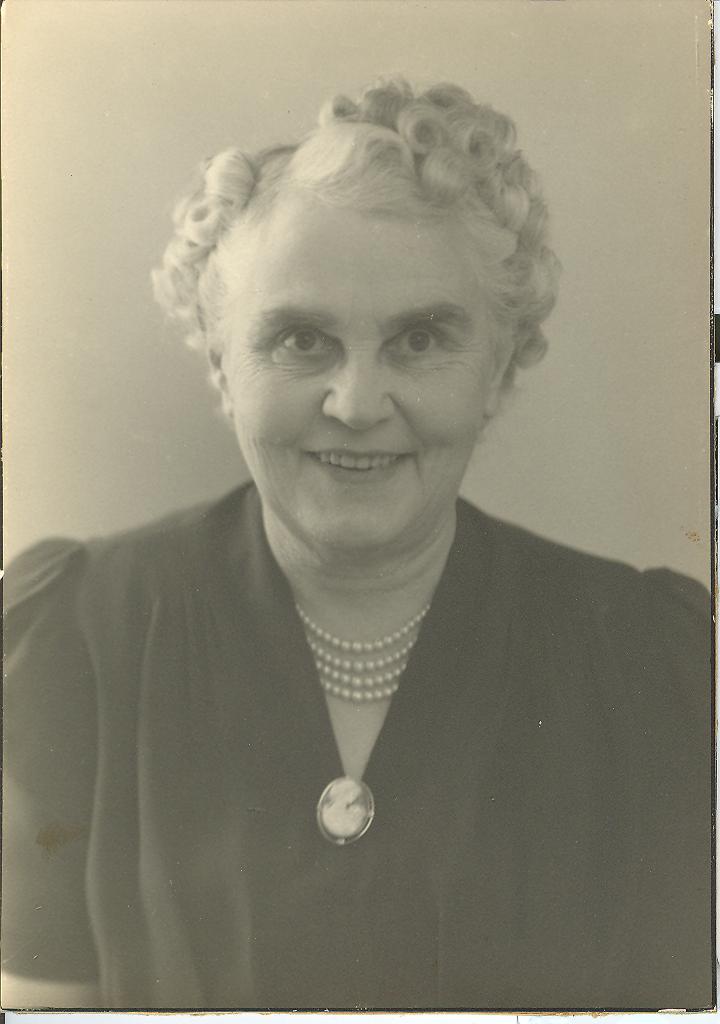 According to my Grandma Dede, her mom Carrie was born in a mining camp in Colorado. In the 1880 US Census, she was living in Park, Jefferson, Colorado. According to the 1885 Kansas State Census records, her family moved back to Kansas by the time she was 7.

The first record I have of her in California is in the Susanville area in 1910, at age 23, although she likely arrived several years before then. Her first child was born in 1904, when she was age 16.

At some point in her youth, Carrie took a tumble from a horse, which left her paralyzed for some time, although she eventually fully recovered. This is a picture of her apparently taken while she was paralyzed: 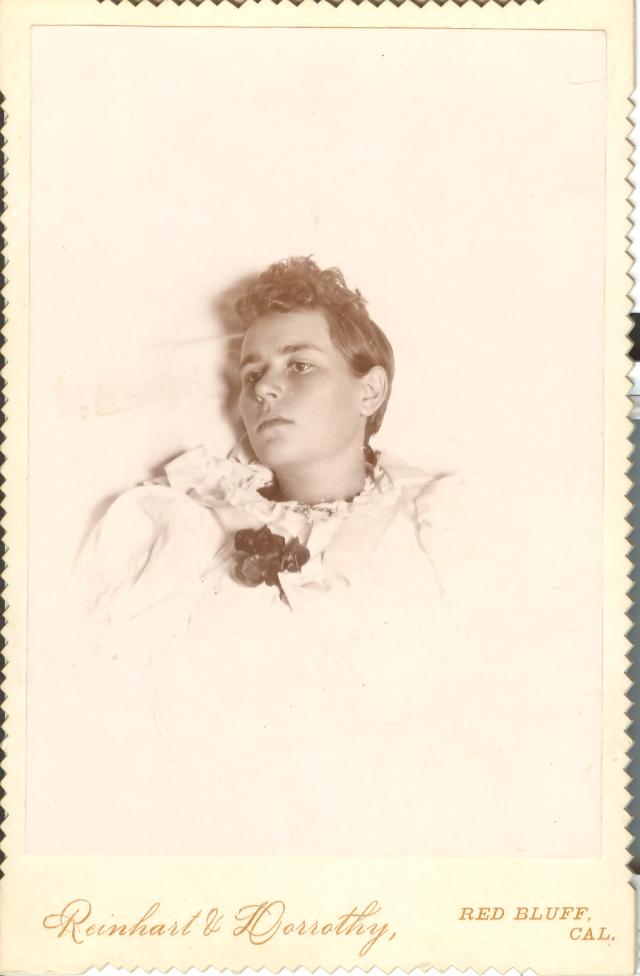 Carrie’s husband George died in 1920, leaving her a single mother of 6 children. Carrie moved her family to the Bay Area, first settling in San Francisco (where she lived according to the 1930 census), and eventually settling in Mill Valley (the 1940 census records her living in Mill Valley as of 1935).

I think I remember my Grandma Dede mentioning that Carrie ran a boarding house for some time. I also heard a story that she made famously delicious cinnamon rolls, and for a time she sold her cinnamon rolls in Union Square right where passengers disembark from the trolley cars.

Carrie was also involved in a famous custody case in San Francisco – the first time a grandmother won custody of a child over the father. From what I have pieced together from stories told by my relatives and especially from my cousin’s research, the story goes like this: Carrie at some point became a Christian Scientist. Her oldest daughter, Rhea, married a man named Alfred Lippold, who was apparently a bit of a Roaring 20s party animal, and was mixed up with the mafia in San Francisco. Rhea is rumored to have become addicted to opium or laudanum. She gave birth to a daughter, Wanda, prematurely, and shortly after she gave birth, she died of pneumonia. Carrie had refused medical care for Rhea and Wanda, based on her religious beliefs. When Rhea died, Carrie fought Alfred for custody of Wanda, and eventually won her case.

Below is a newspaper clipping about the case, dating back to 1927: 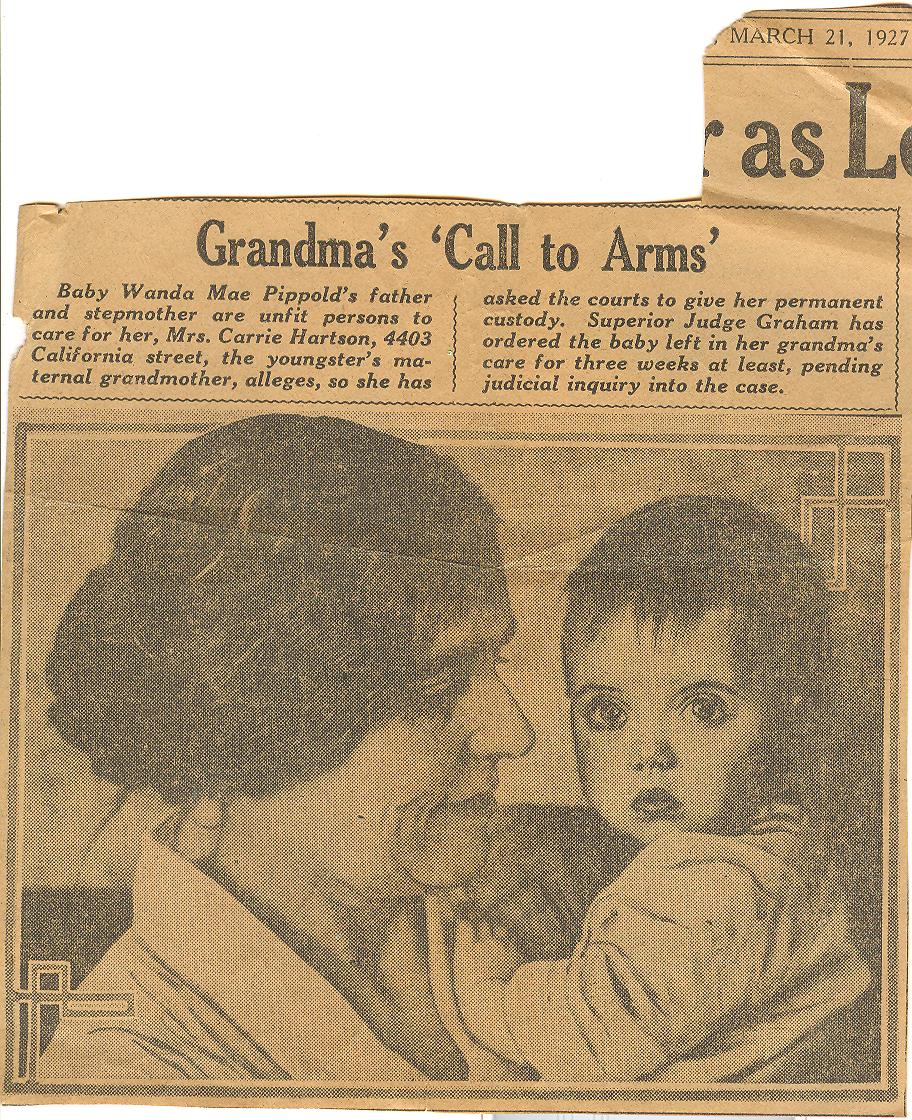 In later years Carrie lived with or near her daughters, in Mill Valley while Wanda was growing up, then in San Diego and eventually Berkeley. According to my cousin, she was living with her daughter in Berkeley when she died, although her death record shows that she died in Marin County.