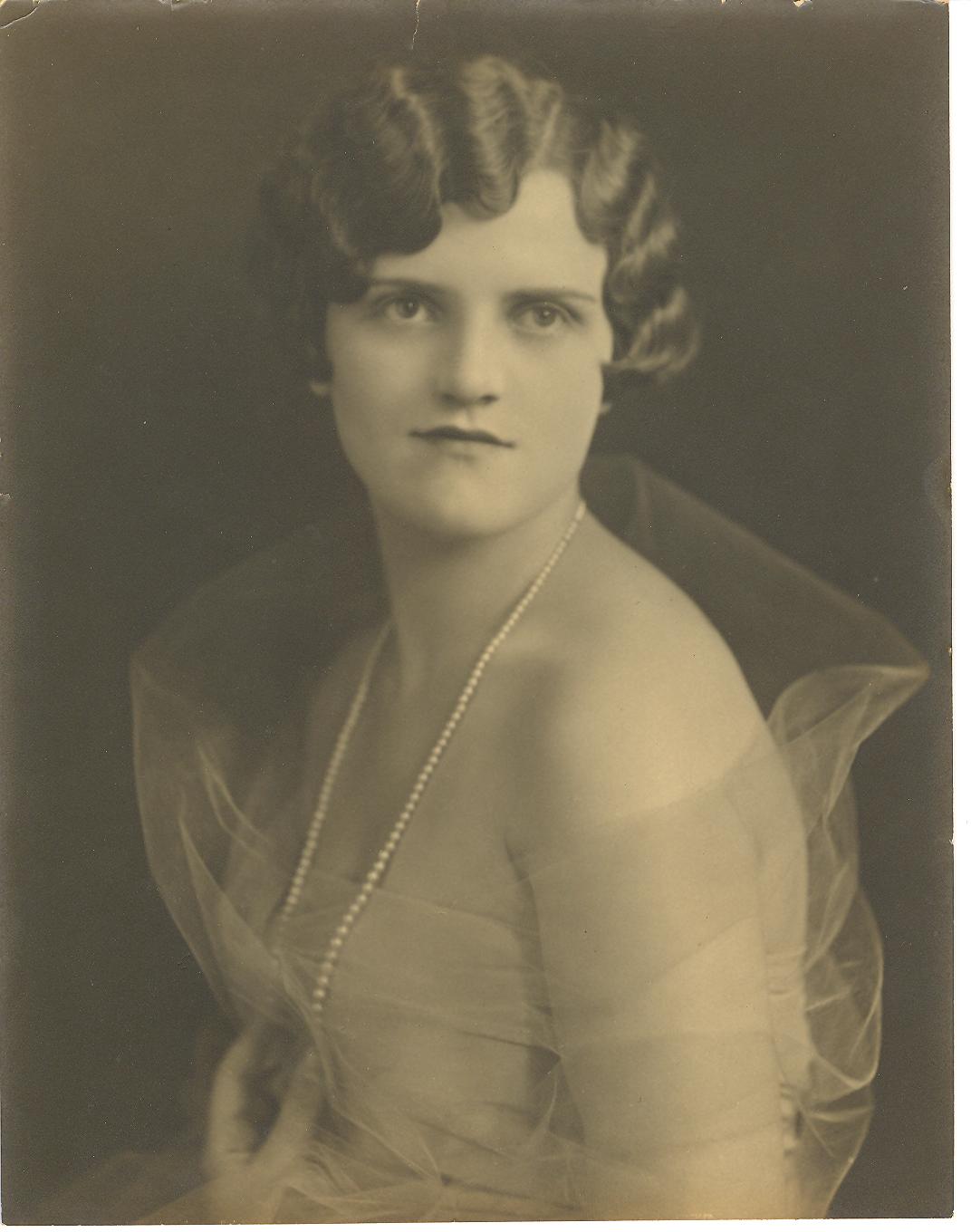 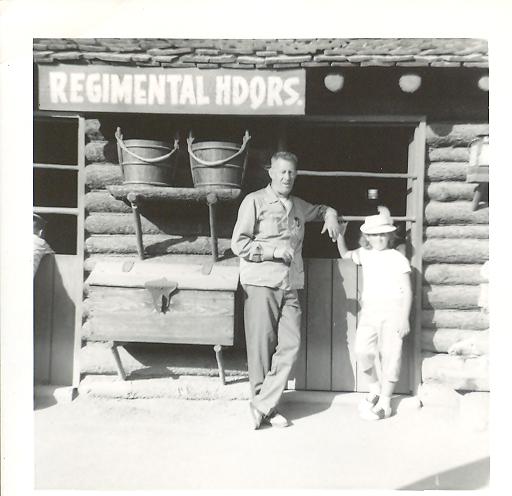 William Buchholz with his daughter at Disneyland, December 1962.

I don’t know much about my Great Grandpa William (Bill), since he died just before I was born. I do know that my Grandma Dede loved him to pieces, though. Grandma Dede once told me that she & Grandpa Bill fell in love twice: once when they first met, and a second romance several years into their marriage – very sweet!

Bill was born in San Francisco, although his parents and older sisters were all born in Germany. I know that Bill worked for the Hamm’s Brewery in San Francisco for many years. As a union brewer, he spent a long stretch during the Depression on strike, and Grandma Dede told me once that during that time they basically scraped by and were sustained by an apple tree in their backyard – even 50 years later, I remember my Grandma Dede had a strong aversion to anything apple flavored!

Another anecdote I remember about Grandpa Bill was that he really loved cats, and whenever the family cat would come to cuddle, Bill would hold perfectly still and would never get up from his chair, because he didn’t want to disturb the cat.

Bill had a stroke in the mid-1970s and suffered some paralysis and speech impediments following the stroke, and eventually passed away in 1978.

+Died in childhood, before Edith was born
*Dorothy & Don were twins 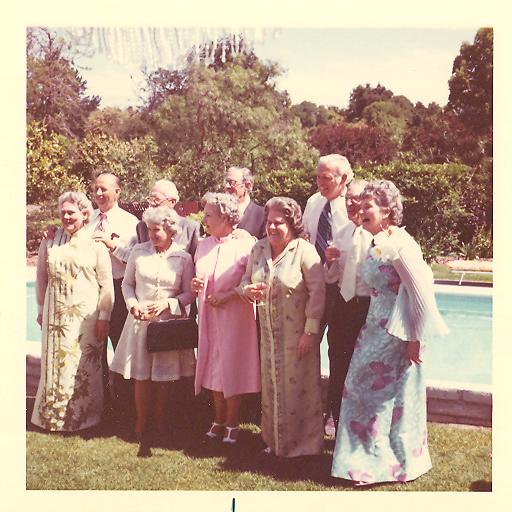 Edith Hartson is pictured in the middle, in the pink dress, with three sisters and her niece in the front row, and all of their husbands behind them. This picture must have been taken in the early or mid 1970s at the latest.

My Great Grandma Dede was the inspiration for me to get started researching my genealogy – it was something she had an interest in, and I remember talking to her about it when I was younger. She did not have access to the wealth of information now available on the internet, instead she did her research by writing letters to distant relatives and searching public records “the hard way”.

One day in early 2010, I was struck by the impulse to Google her name and her mother’s name, and see what information I could find. At that time I had no idea how much information I could find. Google quickly led me to Ancestry.com, where I have been able to trace some of my ancestors back many centuries. I often wish I could share with grandma the amazing information I have found, I know she would have found it interesting. Coincidentally, it is through her lineage that I have discovered by far the most information – I’ve lost the trail for most of my other relatives by the mid-1800s or so.

Grandma Dede was the youngest of 7 siblings, 6 of whom survived to adulthood. She was born on a farm in Susanville, California, but moved to San Francisco when she was fairly young, following the death of her father. I also remember hearing something about how the farmhouse they lived in burned down, but I don’t know if her father died in the fire or under other circumstances.

The Hartson family of Susanville was a large & successful farming family, and there is a small reservoir named Hartson Lake after the family, right next to Honey Lake in Lassen County (right near Susanville).

However, following the death of Dede’s father, her family faced hard financial times, and once they relocated to the Bay Area, all of the siblings went out to work at a young age. Dede worked as a maid in a wealthy household in the San Rafael area, where she lived & worked 6 days a week, and would take the ferry home to San Francisco one day a week to be with her family.

Dede met her husband, my Grandpa William Buchholz, one day when she was very young, when she was grocery shopping, and William was working behind the counter. William courted Dede for several years before she was old enough to be married, and the young couple moved to Mill Valley, which in the 1930s was a small, working class town. They had four children, two of whom are still living, so for privacy’s sake I will not list their names.

Eventually they bought a little red house on the corner of Northern Avenue & Browning Street in Tam Valley, just off of Shoreline Hwy, which is still standing today, although it has been drastically remodeled and is no longer recognizable. This house was my first home until Grandma Dede sold it in 1984. After selling her house in Mill Valley, Dede moved to Oregon, first briefly to Salem and then to McMinnville, to be near her family. Dede lived in McMinnville for the rest of her life, until she passed away in 2007.