John Andrew Bryan was a member of Capt. Peter Hogg’s Company of the Virginia troops serving under George Washington at the Battle of Great Meadows, and at the siege and surrender of Fort Necessity. He also served in the Revolutionary War in Capt. Thomas Merriwether’s Company, First Virginia State troops, 1777-1780.

Sons of the American Revolution – Application: 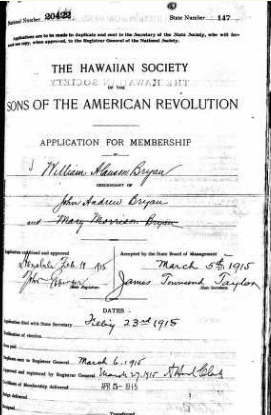 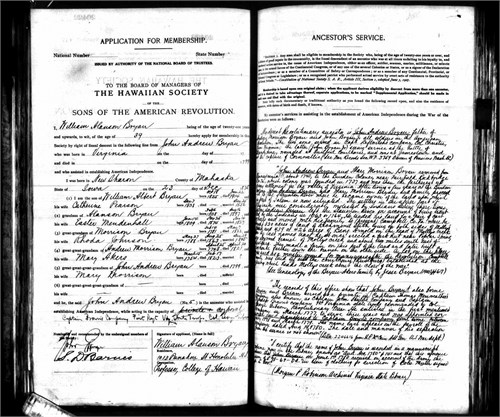