Sir John Bourchier was knighted in 1426, and in 1455 the title Baron Berners was created for him. In 1459 he was further honoured when he was made a Knight of the Garter. He also served as Constable of Windsor Castle from 1461 to 1474.

Margaret was a Lady-in-Waiting to Catherine of Aragon and was present at Catherine’s wedding to Henry VIII in 1509.

Margaret’s mother Elizabeth Tilney was the grandmother of Anne Boleyn, making Margaret the aunt of her charge, Princess Elizabeth — later Queen Elizabeth I. 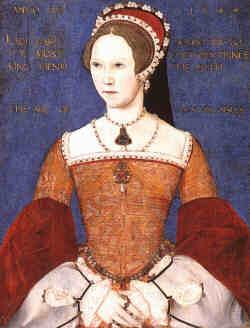